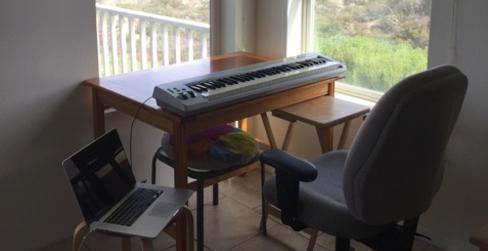 The Kimball baby grand was donated to Dorland by resident Bruce Trinkley in honor of his brother.  Bruce had been enroute to Dorland for a residency in May 2004 when he heard that the colony had been destroyed--- along with the Steinway piano he had composed on for at least 12 residencies over the years. Dorland appreciates his generous gift that serves so many musicians here at Dorland in Zachai Cottage. 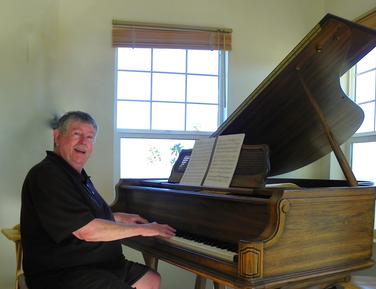 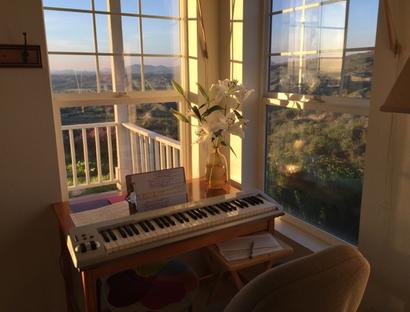 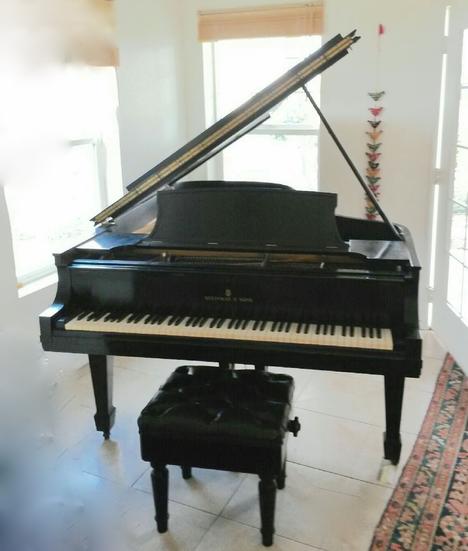 This piano was donated to Dorland by the late Ann Shlaudeman Stringfellow (1920-2015,) former student of Ellen Dorland. It now resides in Horton Cottage!

Ellen Dorland’s imposing concert grand Steinway, favored by Rachmaninoff, was brought to Rancho Ticañu in the early 1930’s, and despite the vicissitudes of time and the environment, delighted visitors until its demise in the 2004 wildfire.  Of all the pianos left in the world, the instrument before you is surely its most worthy replacement.  Miraculously, it has come to Dorland through the generosity of her longtime student and friend, the late Ann Shlaudeman Stringfellow (1920-2015).

All of Ellen’s students were devoted to her, and Ann was no exception.  Beginning her studies with Ellen around 1933, and continuing on-and-off for the next 50 years, Ann acquired this Steinway in 1951, for her and her husband’s new home, built on a secluded hilltop in Palos Verdes Estates, looking across to Catalina Island.  Upon entering the front door, the first thing a visitor would see was the elegant music room and this piano – a sign of the place music had in the lives of Ann and her family.  The serenity and natural beauty of the surroundings at the Stringfellows’ home bear a striking resemblance to and kinship with the aesthetics of the Dorlands’ ranch.  The close ties between nature and music-making are evident in both places.  No less a resemblance is in the sonic character of the piano itself.  This is a piano which Ellen Dorland would, and no doubt did, heartily approve of.

Lovingly used and cared for all of Ann’s life, by herself and other finely-trained pianists, the extraordinarily good condition of this instrument is a precious legacy which all of us have a responsibility to preserve and extend for generations of artists at Dorland Mountain Arts.

Use this instrument with the respect and sensitivity which it has experienced throughout its working life, so that its sound will continue to echo with the artistry of Ellen Dorland and the inspiration she provided to her students with her teaching and her way of life.

D. Gause, resident and composer has donated a beautiful Manahasset music stand to Dorland. Be sure to ask us for the use of it! 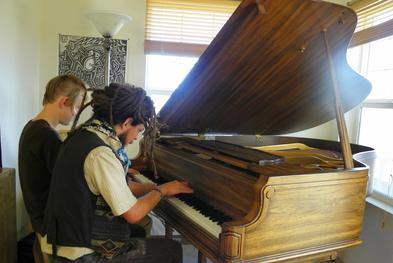 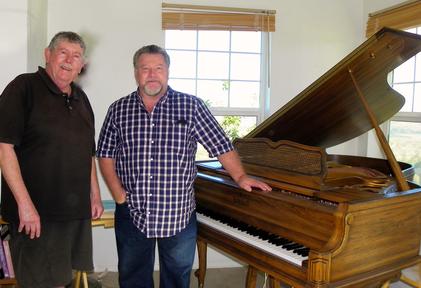 Nathan Rivera and friend on the Kimball

Bottom Row: The arrival and installation of the Steinway in Horton Cottage. October 2015

The keyboard, an M-Audio Keystation 61es, was donated by resident and composer Kala Pierson and is a great asset to composers. It's available on request but usually rests in Markham Cottage. A midi controller keyboard, it requires a laptop to make sound (It should be automatically recognized by any Mac or Windows software that takes midi input, including free software such as GarageBand or Traktion.) It has 5 octaves of keys with octave transposition buttons and great touch response (fully velocity-sensitive and semi-weighted).

At 10.5 lbs, it's light enough to carry under an arm, and it doesn't need a power outlet, meaning it's easy to use out on the porch or farther afield. It connects to the laptop via one standard full-size USB cable (so bring a cable with you, in case Dorland's cable has gotten separated from the keyboard, and bring a sustain pedal if you'll need one). 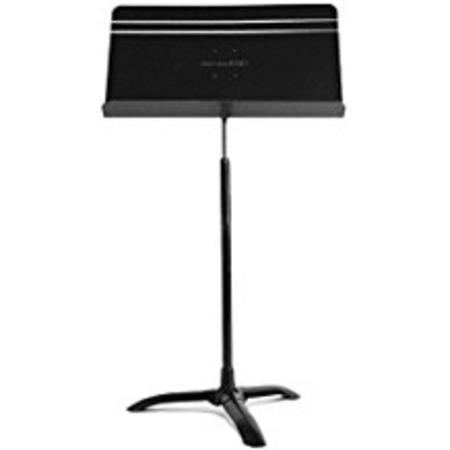