Dorland Mountain Arts Through the Years​
Since 1979, more than 1500 residents have found creative inspiration in Dorland's peaceful setting.

Over the years, six individual cottages, two art studios, an adobe community building, and a “Kitchen House” were created to provide studio, living, and community facilities for resident artists. Dorland’s purpose was to deepen the quality of the creative process, enabling its residents to explore their own creative resources without distraction.

All of the Colony's structures were completely destroyed in the devastating Eagle Mountain Fire on May 3, 2004.

In February, 2006, Dorland's Board of Directors, Associate Artists, with the assistance of former Resident Artists and generous, individual supporters moved forward in rebuilding the colony. A licensed arborist was hired  to clear out fire damaged trees to preserve the remaining indigenous oaks and surrounding native plants. The Board of Directors used this loss, as an opportunity to begin more sustainable building and construction practices.

In 2008, two cottages were completed and open for residents. In 2014, the process began to add two more cottages which were installed in early 2016. The Community Arts Center which serves as a community gathering place, was donated by Friends of Dorland, brought to the property in 2015.

In Fall 2017, after construction of 2 ADA ramps, a deck, and 2 ADA parking spaces, with the help of Chuck Washington, Jeff Comerchero and the County of Riverside the Community Arts Center and the two new cottages were opened! 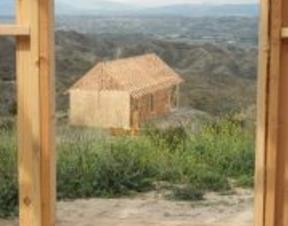 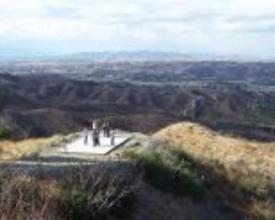 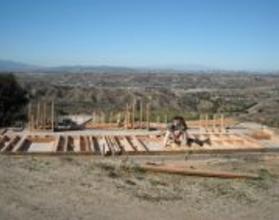 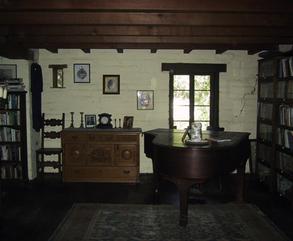 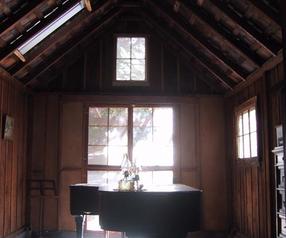 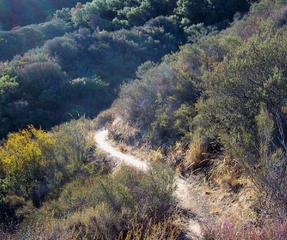 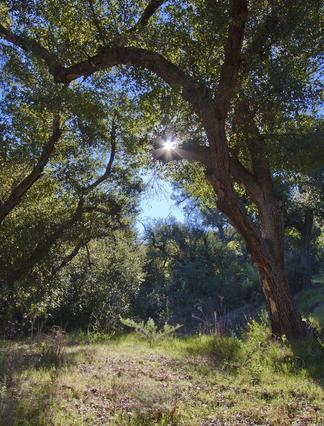 The History of Dorland Mountain Arts

Friends and Volunteers support Dorland with their generous time and resources 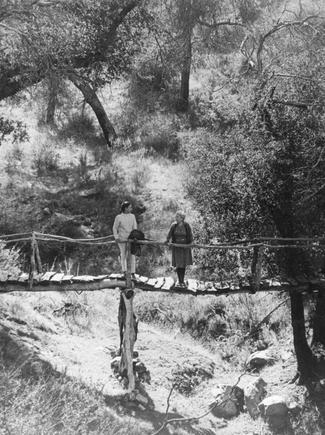